Look at a map of Tokyo, and you’ll see that the city spreads out in concentric circles. At the epicenter, defining the very heart of the city, is the beautiful and historic Imperial Palace, or Koukyo in Japanese. With its easy access from Tokyo Station and free admission, the palace is a must-see for any visitor to the city. 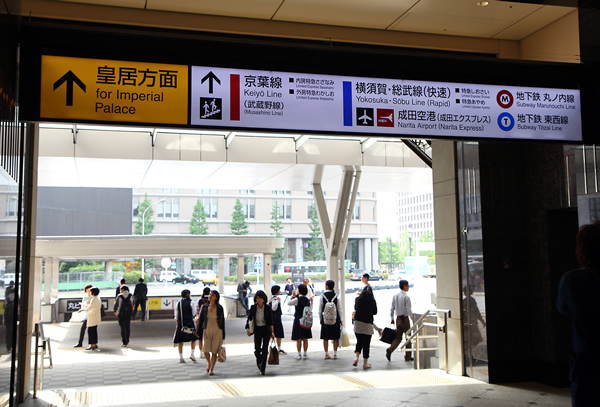 Start your trip from Tokyo Station. From here, it’s an easy five-minute walk. 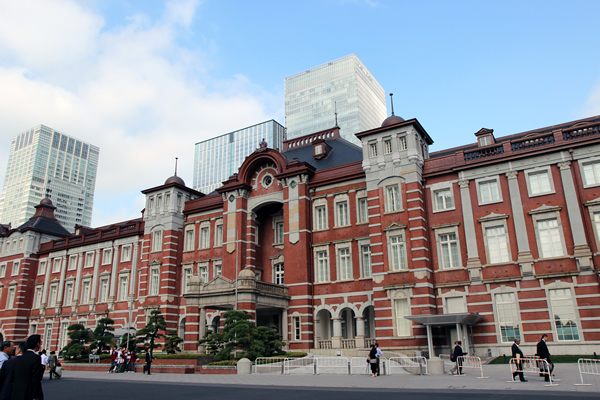 Incidentally, the newly renovated Tokyo Station is also a hotel. It’s a little spendy, but if you’re looking for a home base for your trip that’s located in the center of everything, this would be pretty close to ideal. 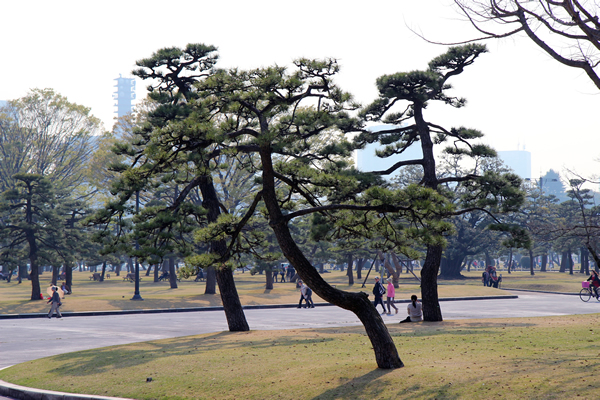 These distinctive pine trees let you know you’re getting close to the palace. 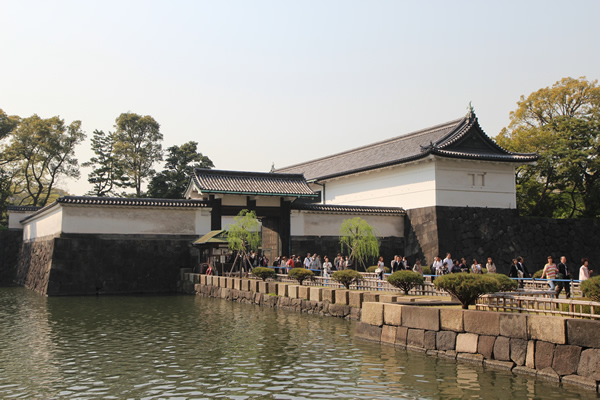 One of the main visitor entrances. Before heading in here, you might wish to turn to your left and walk about 5 minutes to see the famous “spectacles bridge.” 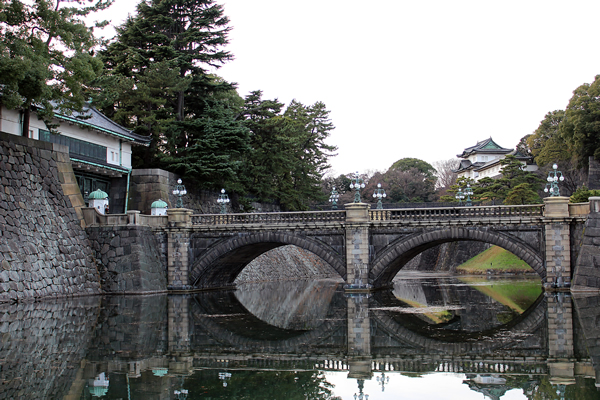 This is one of the most famous views of the Imperial Palace. The name of this bridge is Seimon Ishibashi, meaning “Main Gate Stone Bridge.” It’s also nicknamed Megane-bashi, or “Spectacles Bridge,” because of its shape. You’ll sometimes hear people—even Japanese—mistakenly refer to this bridge as Nijuu-bashi, meaning “Doubled Bridge,” but that name actually refers to an iron bridge behind this one, which was so named because in the past, it did indeed have an auxiliary bridge beneath it as a support.

Beyond this bridge lies a part of the palace that is normally off limits to the public. However, during New Year’s, on the emperor’s birthday, and sometimes for other events, the public is able to cross this bridge and tour the ordinarily hidden parts of the palace.

The building in the distance is the Fushimi Yagura. A yagura means a turret in which weapons were stored and from which archers could unleash a hail of arrows against invading forces. 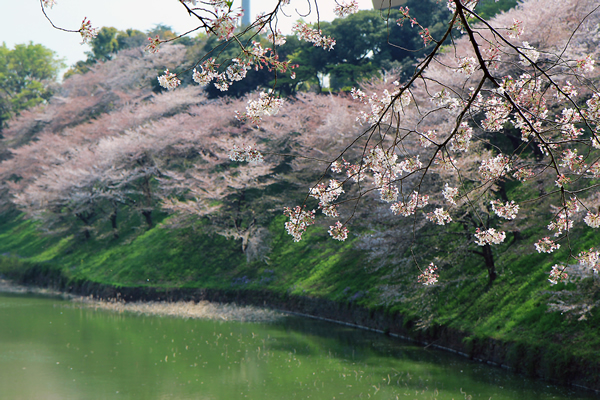 Moats encircle the palace, which in the past was even larger than it is today. This one is near the Kita-no-maru Park to the north of the modern palace grounds. 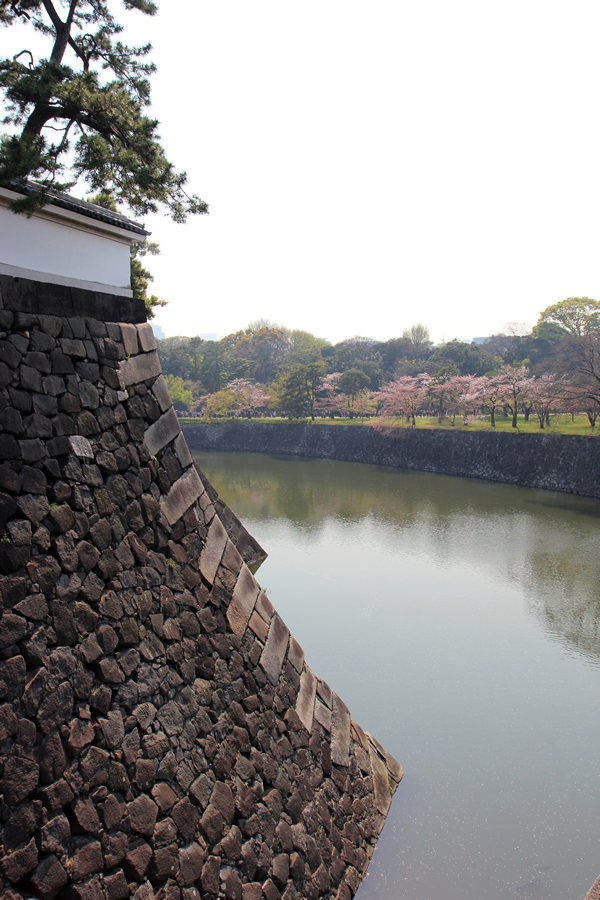 Looking across a moat onto the private side. On this day, it was opened to the public, who you can see walking in a line under the cherry trees. 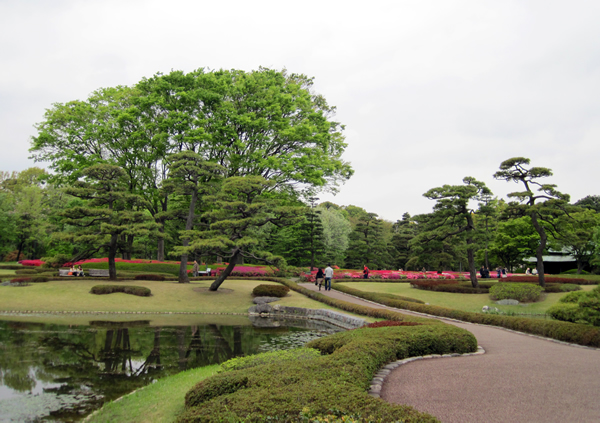 The lower level of the palace contains the beautiful Ni-no-maru Gardens. 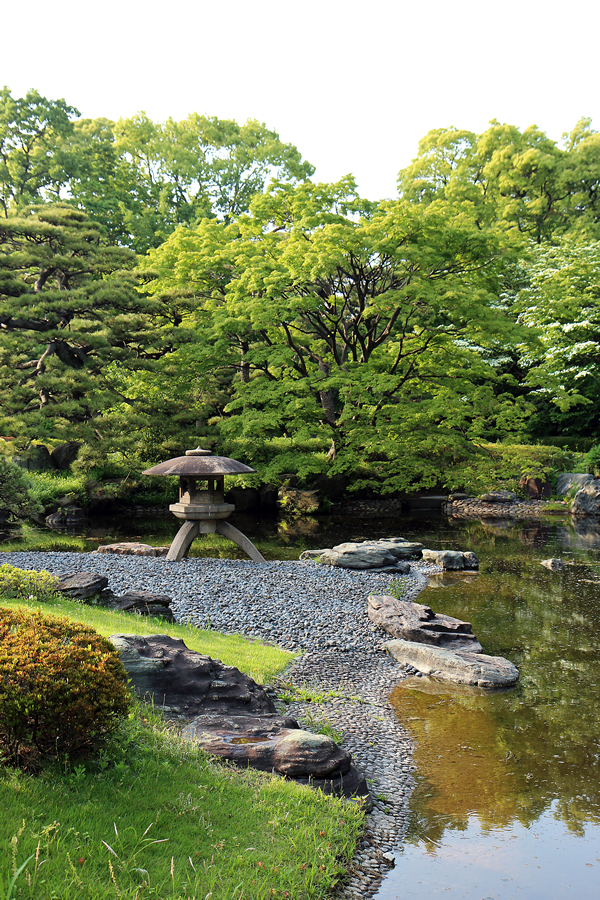 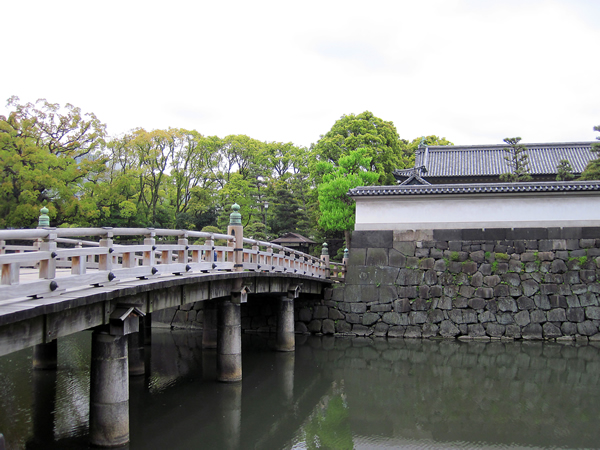 One of several public entrances along the east and north sides. 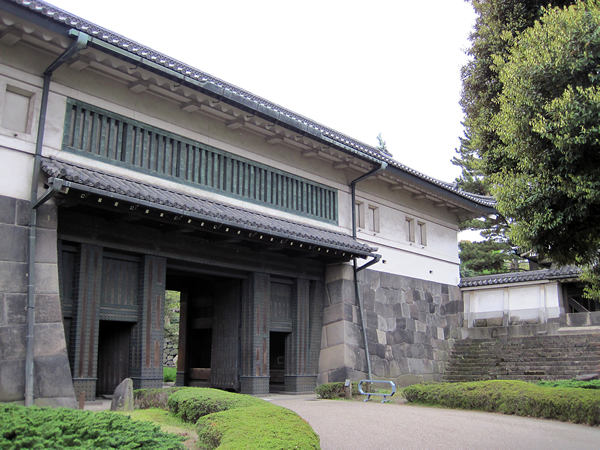 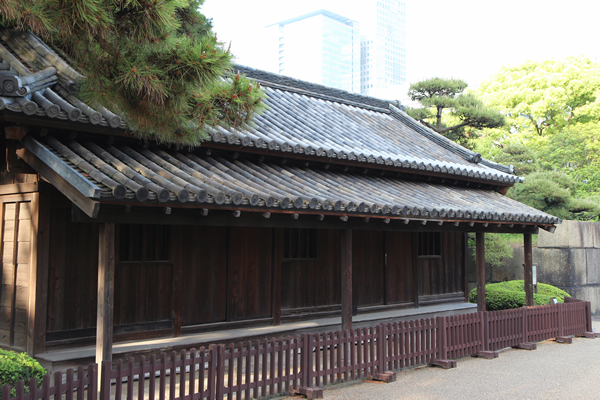 This building, near the eastern entrance, was a guard house. 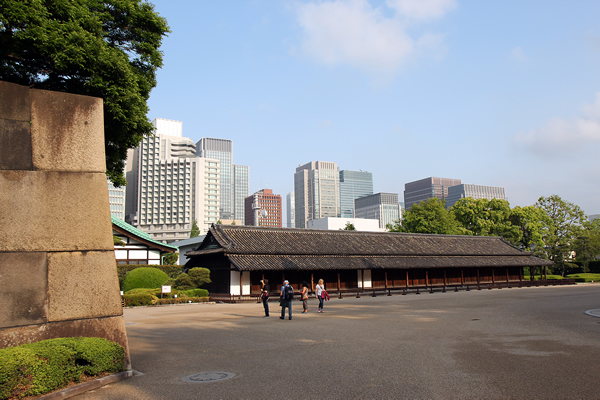 This barracks was once populated by 100 guardsmen. 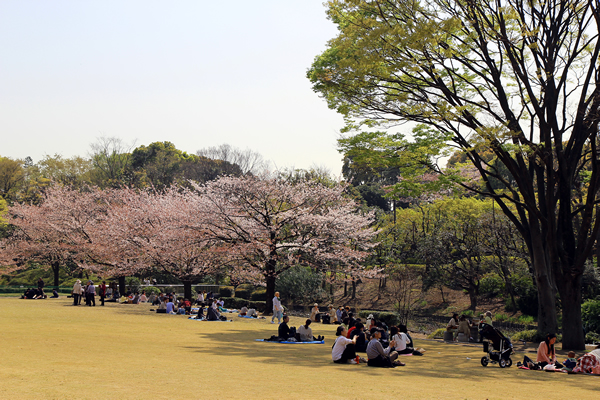 From the north side of the palace, cross the street to the Kita-no-maru Gardens and enjoy its walking paths or stop for a picnic lunch.

First, get yourself to Tokyo Station. This station is serviced by lots of lines:

As you leave Tokyo Station, look for yellow signs directing you to any Marunouchi Exit that is not marked as “underground” (that is to say, Marunouchi North, Marunouchi Central, and Marunouchi South are all fine, but not Marunouchi Underground Central). You can also follow signs marked for the Imperial Palace. If you get confused, just stop anyone and ask Sumimasen. Koukyo wa dochira desu ka? = “Excuse me. Which way is the Imperial Palace?” You’ll know you’re in the right spot if, upon exiting to street level, you look back toward the building you just came out of and see a magnificent early 1900s-style red brick edifice.

From here, simply continue walking in a westerly direction for about five minutes until you come to the Imperial Palace. Once you’ve arrived at the perimeter of the palace, walk to your left (south) for a few minutes to see the famous “spectacle bridge,” then walk the opposite way (north) to the first public entrance you encounter.

Entrance is free, but you have to queue at a window (usually little to no wait) to pick up a small token that you’ll return when you leave so that the caretakers know how many people are in the palace at any given time.

The publicly accessible part of the palace described above is called the East Gardens. In general, it is open every day except:

Plan to visit in the morning or early afternoon. The last entrance can be as early as 3:30, depending on the time of year. Full details here.

It is possible to visit the non-publicly accessible part of the Palace as well by requesting reservations in advance. Note that this tour is strictly controlled and presented in Japanese. Learn more about this option here.

Remember, you’ll enjoy your trip the most if you have some basic Japanese under your belt. Download a free trial of Human Japanese if you’re just getting started or Human Japanese Intermediate if you have a foundation and want to go to the next level. We think you’ll love our approach.

Best wishes on your journey! Be sure to check out our other favorite places by using the links at the top right of this page.